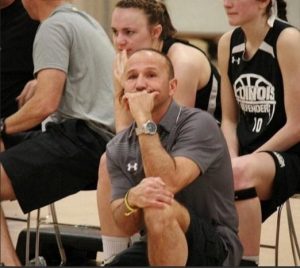 Mark D’Apice is the co-founder of the Illinois Defenders. Started in 2012 through word of mount with 7 teams and has grown into an average of 16 teams each year since. While with Marian Catholic, his Sophmore team was undefeated in 2010-2011 and 2011-2012 and captured the ESCC conference title three years in a row. D’Apice was also the Asst Varsity Coach at Marian and in 2013 helped lead the Spartans to the 4A State Championship game where they brought home the state title. In 2014 the Spartans again went downstate and brought home the 3rd place title. D’Apice has coached at the club level for 15 years with both grammar school and high school players. D’Apice is a Marian alumni parent of two children, Mark and Alyssa. D’Apice currently resides in Chicago Heights with his wife Annie.